A HISTORY OF BRADWELL LODGE by MERVYN EDWARDS

The Wolstanton Tithe Award (1839) shows Pear Tree Field, measuring 12 acres, 1 rood and 31 perches, occupied by John Adams.  This was part of the Bradwell Hall Estate owned at the time by Ralph Sneyd and was the future site of the building which is now known as Bradwell Lodge.

Two new roads , later known as First and Second Avenue, were constructed on Porthill Bank.  In February, 1852, an advertisement for the building of a "villa residence and lodge" on the new estate appeared in the Staffordshire Advertiser.  Between 1852 and 1882, fifteen houses were constructed on the Sneyd Estate.

On January 1st, 1859 a conveyance was entered into between Ralph Sneyd, Esq., of Keele Hall and Joseph Bull of Didsbury Lodge in the county of Lancaster, an iron master.  Bull acquired 3 acres, 1 rood and 20 perches in return for an annual payment of £35 15 shillings.

The building we now know as Bradwell Lodge was duly constructed at Bull's expense between 1859-60.  He moved from Lancaster to take up residence here, but unfortunately, Bull was declared bankrupt on March 31st, 1861 and splendid new house was put up for sale by action at the Leopard Hotel in Burslem.

Raven's Cliffe was purchased by George Alcock, Esq., for £3,530 - this sum of money going to the Manchester and Liverpool District Banking Company who had taken over Bull's assets following his bankruptcy.

George Alcock died at Bradwell Lodge on August 14th, 1863, leaving the property to his two brothers, Joseph and John Alcock.  John was a banker and pottery manufacturer.  He  moved from Elder House, Cobridge to Bradwell Lodge and subsequently built a second lodge to the rear entrance of the building from Bradwell Lane. 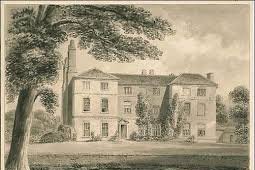 'Bradwell Hall in the Parish of Wolstanton, Staffordshire.'

Showing a three storey late Georgian house of brick, in a garden,

with a sunken wall in front.

In 2007, Newcastle Borough Council appointed us to refurbish Bradwell Lodge, a prominent grade 2 listed building on the outskirts of the town centre. The building was formerly a crèche and library which has now been refurbished and sensitively altered to provide a centre for various community activities such as weddings, parties, educational classes and meetings.

We worked in close collaboration with planning and conservation officers on the design and construction work. Special attention was paid to roofing details, stone and window replacements, making improvements to the energy efficiency, heating and lighting and disabled access.